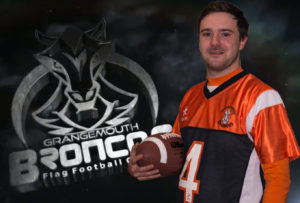 In 2019 Kevin has opted not to register for the league as other commitments mean he will have limited availability.