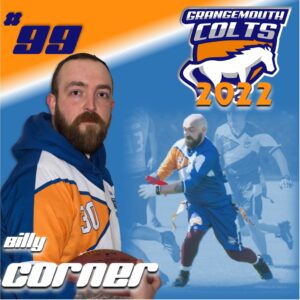 In 2022 Billy will be playing with the Grangemouth Colts in the BAFA Division 1 HNC and Northeast League. 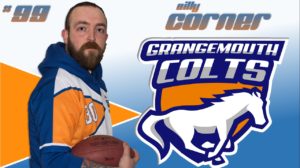