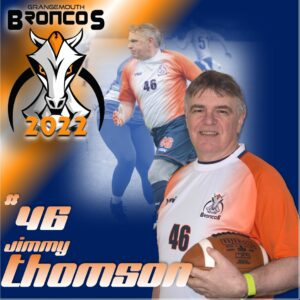 Jimmy Thomson began playing American Football in 1987 after seeing the Clydesdale Colts playing a demonstration match at a village Gala Day. He joined his nearest team, the Lothian Chieftains, as a running back. After two years, he moved to the Forth Valley Generals, the club that would eventually

Jimmy stepped back from his role as an assistant coach in 2019. 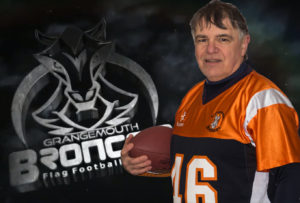 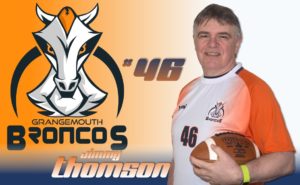