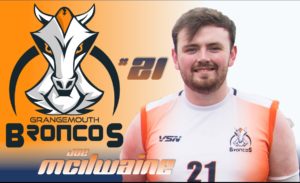 Joe played until 2021 when his job took him to the bright lights of London. We feel sure we will see him on a fairly regular basis.

In 2021 Joe played with the Grangemouth Broncos in the BAFA HNC (Scottish) League.

Due to COVID restrictions the competition was a flat structure within each of the four UK regions. That meant the Broncos and Colts in the same league for the first time. 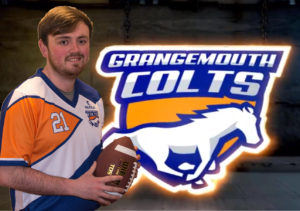