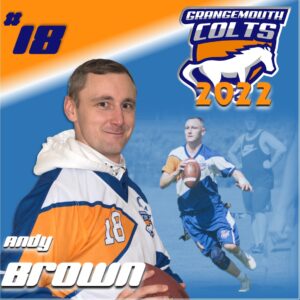 In 2022 Andy will be playing with the Grangemouth Colts in the BAFA Division 1 HNC and Northeast League.

2022 will be Andy’s fifth year as the starting Quarterback for the Colts. During his first couple of years he learned a lot playing in some tough match-ups. As the other teams in the HNC Div 1 improve year on year, Broony’s experience from previous years has stood him in good stead. 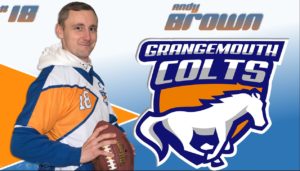