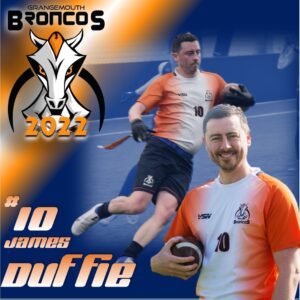 After an outstanding 2021, it was only right that Duffie be promoted to the Broncos team.

Duffie joined the club late in 2018, but already has a number of games under his belt for both the Broncos and the Colts.