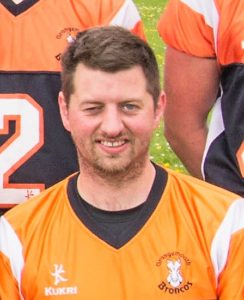 Royce joined the Club in 2013 and quickly established himself as a defensive starter. His offensive skills quickly followed.

Unfortunately, by the end of the 2017 season other priorities took over and Flag had to take a back seat.