The Grangemouth Flag Football Club Annual Awards Night was held on the 19th of October, once again at the Oxgang Kitchen Bar and Rooms.

After a meal the clubs players, friends, supporters and families celebrated another fantastic year for the whole Club.

As usual, Club Chairman Jimmy Thomson presented an overview of what has been a very busy year for the Club

Then the Club presented each of the players with medals for the BAFA League Season.

Then on to the Club Awards:-

After a very close vote, the Club Most Memorable Play award went to ….. 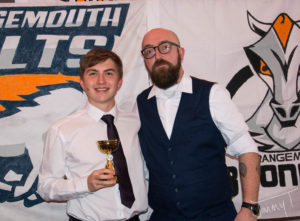 for his pass for a touchdown against the Nottingham HoneyBadgers.

The Rookie of the Year Award is not one we have been in a position to give out in the past. This year, with a lot of new players, it felt appropriate. The recipient was… 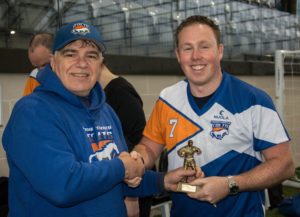 (John wasn’t present on the evening, so he was presented with his trophy at the next opportune moment)

The Club Comedy Award is a well established tradition.

This year the Award went to… 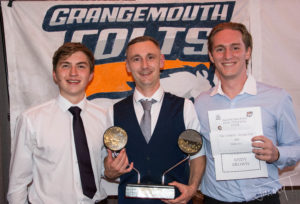 For his inexplicable no-look backward pass against Manchester titans

The Kelpie Award is for any Club Member who has gone “Above and Beyond” for the club.

This year the Award was presented to Scott McKenzie 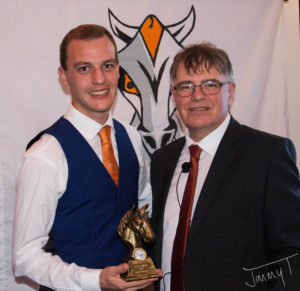 Scott is more than just an excellent quarterback on the field. His commitment to the club in general over the past year has been exemplary.
He played every Broncos game this year, and also got involved on the field with the Colts and the Fillies throughout the Year.
He is the unquestioned leader of the Broncos Offence.
Off the field, he has helped guide the Colts, and particularly Broony, through some tough matches in the league.
He has taken on the offensive coordinator mantle for the Fillies.

Offensive Players of the Year Award 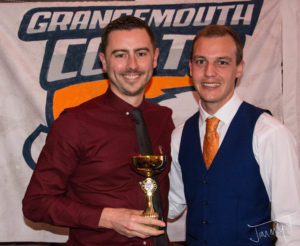 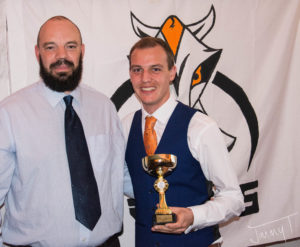 Defensive Player of the Year Award 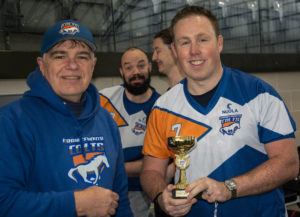 (Presented, at a later date, by Jimmy Thomson) 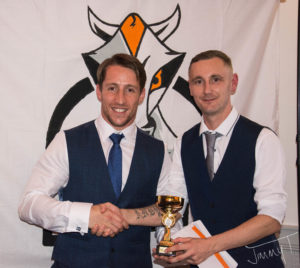 Players’ Player of the Year

These awards are voted by the team. 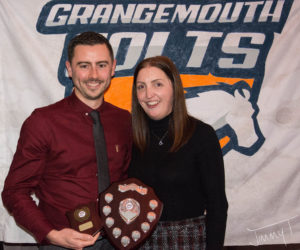 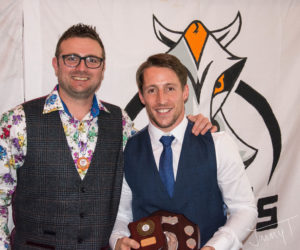