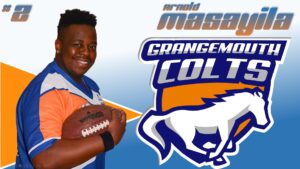 Once again Arnold joins the team for one year then is off again. No doubt we will see him again.

In 2021 Arnold played with the Grangemouth Colts in the BAFA HNC (Scottish) League.

After a spell with the EK Pirates, Arnold returns to the Club in 2021

In 2019 Arnold couldn’t commit to playing in the league as his love for playing Tackle Football had returned and he played with the EK Pirates.