For the first time since playing at Flagging Iron Man in February we have been able to suit up and play a game of Flag Football.
Over the past few weeks there have been regular Monday (Fillies), Wednesday and Saturday sessions (where the weather has allowed). But these sessions have been conducted under Social Distancing rules. i.e. small groups, 2 metres apart and no shared equipment.
After weeks of waiting BAFA and SportScotland have agreed a return to play policy.
While we still maintain social distancing off the field, we are allowed to play Flag Football once again. We still have a number of rules in place to limit the risk of any virus transmission. Taking players’ temperature on arrival, sanitizing equipment, hand hygiene, wearing gloves and long sleeves,
Play is limited to intra-club, but we do have sufficient numbers to allow game play, allowing us to work out all the automatic things we have forgotten over the past seven months.
Now that we are able to play the club’s three teams will be working hard getting ready to play at the first opportunity. At this stage that may not be until the Flagging New Year tournament in January. 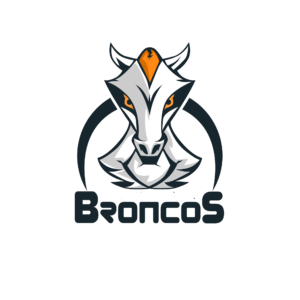 When Lockdown was imposed the Broncos were looking to back up a fantastic 2019 season where they were top seeds in the Premier North and only missed a place in the British Final by two points. With the 2020 season cancelled, they now need to wait until 2021 before they can back that up. 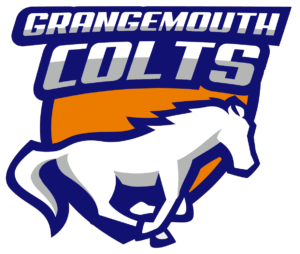 The Colts were in the midst of the Carnegie Winter League after making the Division 1 Post season for the second time and were looking to push for a division win in the 202 season. That season has now been cancelled and the team need to focus on 2021.

The Fillies in particular will be looking to expand their roster. The small squad they have had a few people interested in joining when the Lockdown was imposed. They now need to gear up their recruitment. While they are already entered fro Flagging New Year, there is also the opportunity to play in the delayed OPAL season which has been delayed until February.
If you know of ANYONE who might be interested in trying Flag Football get them to message “Grangemouth Flag Football Club” on Facebook (or leave a comment on this post).