On Saturday 10th November four club players will be in Birmingham for the Super 5s tournament. The Super 5s is the final fixture of the BAFA Flag season. This is the tournament where a select team from each conference will play in a one day tournament. Club players, Andy Brown and Kevin Woods will be in the HNC squad, covering all of Scotland, playing against the MEC from the north of England and the SEC and SWC representing the South East and South West of England. 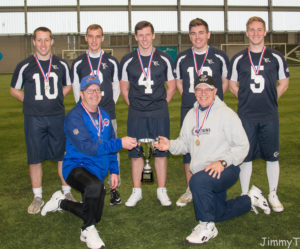 In the past two tournaments, the HNC have brought home the silverware, so there is a certain amount of expectation on the new team under new Head Coach, Bud McFerrin.
Lending their support to the new coach will be Fraser Thomson, looking after the defence, and Jimmy Thomson helping out wherever he can.
This time round BAFA have decreed that the Great Britain Lions players are not eligible to play, so there are some fairly big shoes to fill.

The action will take place at the Bournbrooke 3G, University of Birmingham, Edgbaston, B15 2TT. Starting at 10:00.

The following weekend, the club are hoping to support Colts team mate Louise Donnelly, along with her EK Pirates team mates, as they host their first Opal Series fixture. The Opal Series is the BAFA, UK wide, ladies competition. There are some really good female athletes involved in this and it will be an exciting day of Flag Football. The Club has been invited to to provide referees and as many helpers as possible to ensure that the day goes as smoothly as possible for all teams involved. 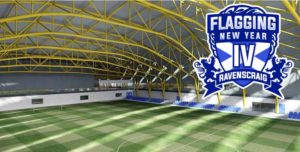 In addition to the above, the Broncos are entered into the fourth edition of the Flagging New Year. They will be hoping to improve on their 6th place fininsh in 2018.
Flagging New Year includes some top teams from all over Europe. This year the venue will be Ravenscraig, on the 26th and 27th January. 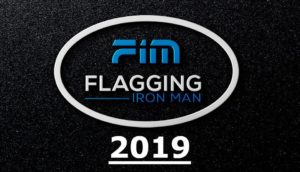 Fairly quickly after that, both Broncos and Colts will be playing in the Flagging Iron Man tournament one the 16th of February. Again, the venue will be Ravenscraig.

Looking beyond this, there is the 2019 BAFA League season. Both of the club’s teams will be looking to improve on the past season. The Broncos would hope to improve on the third place finish in the HNC Premier (and ultimately 9th in the UK with the Premier Plate win), and the Colts will be hoping to prove that they are now the team that everyone else in the HNC Div 1 has to fear.

In addition, depending on the weather, the club will look to setting up practice scrimmages with other clubs.

So, the message is… No Slacking! We are one of the top clubs in the UK. It has been hard work over the past few years that has got us into the position we are in now. It will take more hard work to keep us there.

Who is up to the challenge?